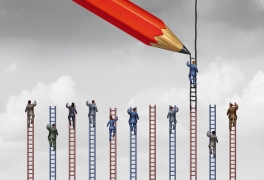 This month the controversial amendment to Australia’s misuse of market power law – introducing the much-debated “effects test” – was passed into law, largely following the recommendations made by the Harper Panel after its major review of Australian competition policy. Depending on who you listen to, the amendment may be a “multi-billion dollar disaster waiting to happen” or a “vital economic reform”. Here we provide a brief overview of the issues.

The new law repeals and replaces section 46 of the Competition and Consumer Act 2010 (Cth), which prohibits misuse of market power. While the amendment has now been passed, it will come into effect at a later date when the second bill in the Harper Review legislative package comes into force.

A corporation with substantial market power will contravene the new section 46 if it engages in “conduct that has the purpose, or has or is likely to have the effect, of substantially lessening competition” in certain related markets. This is known as the SLC test.

Importantly, the amendment does away with the existing “take advantage” test under section 46, which failed miserably in capturing some important instances of anticompetitive conduct by near monopolists. According to the “take advantage” test, a firm with substantial market power did not infringe if it did not “use” its market power to engage in the impugned conduct. The courts interpreted this to mean that if a firm without this power would or could engage in the same conduct, there was no infringement.

So, for example, where a near monopolist in a particular market for newspapers made predatory threats against a new and competitive entrant in its market, such that the entrant left the market, the High Court found that the incumbent did not infringe section 46. Since a non-dominant player could, literally, have made the same threats against a new entrant, the incumbent had not taken advantage of its market power, even though it clearly stifled competition and harmed consumers.

The amendment to section 46 also narrows the type of purpose which is prohibited, focusing on whether the corporation had the purpose of substantially lessening competition. In contrast, the previous provision included the proscribed purpose of “eliminating or substantially damaging a competitor” – a purpose which is well within the normal goals of any warm-blooded rival.

Proposed amendments to other parts of the Act are expected to give corporations with substantial market power the right to seek authorisation from the Australian Competition and Consumer Commission (ACCC) for potentially infringing future conduct, on the basis that the conduct would not have the effect or likely effect of substantially lessening competition, or that the public benefit from the conduct would outweigh the public detriment.

Myths About the Amendment

Some myths about the amendment to section 46 should be dispelled. Contrary to section 46 lore, the effects test in question had not previously been considered by 12 legislative reviews and rejected by 10. The consideration of section 46 by previous reviews was more nuanced than this. It was right for this reform to be considered on its own merits.

Further, the amendment does not represent a brand new test. The SLC test has been part of several other provisions under Part IV of the Act for many years, so there is considerable case law on its meaning. The prohibition still only applies to corporations with a substantial degree of market power.

Some opponents of the effects test have suggested that it would prohibit a simple case of low prices based on costs, or a market-dominating innovation like the iPhone. But the new law is unlikely to capture this kind of conduct in itself. Low prices, improved quality and beneficial innovations are the very essence of competition. This is recognised by the Australian courts.

Weaknesses in the New Law

Nonetheless, there remain genuine concerns about how the amended section 46 will operate.

There is a need for the courts to provide greater certainty about when a lessening of competition is “substantial”, particularly the duration and extent of any foreclosure. Further, “likely effect” is known to set a relatively low threshold for contravention, requiring only a “real chance” of that competition will be substantially lessened.

The SLC test considers competition in a particular market. It is not a test of consumer welfare more broadly. Accordingly, if certain conduct has the effect of reducing rivalry in one market, it will be captured by the new section 46, even if it overwhelmingly improves long-term consumer welfare by increasing rivalry in another market or creating an entirely new market. In this way, the new provision may overlook the importance of dynamic competition (that is, the generation and spread of innovation) to social welfare. Corporations may, however, submit such conduct to the authorisation process.

The ACCC Draft Framework for Misuse of Market Power Guidelines, published in September 2016, stated that the ACCC would take into account “legitimate business reasons” for conduct impugned under the new section 46. Leaving aside the question of what exactly makes a reason “legitimate”, this is not actually included as a defence under the amended provision. If conduct plainly has the effect of substantially lessening competition in a relevant market, the corporation could not be absolved on the basis that it engaged in the conduct for a legitimate business reason.

To summarise, in my view, the existing section 46 was under-inclusive and prone to uncertainty; claims regarding the ‘chilling’ effects of the amended provision have been overstated; but there are more subtle weaknesses in the amendment.