China’s SOEs Test the Waters in the South China Sea 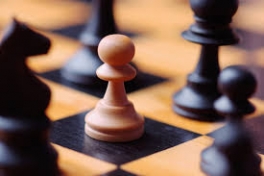 SYDNEY: 4 August 2014 - In early May, the Chinese HYSY-981 oil rig was moved into waters near the disputed Paracel Islands in the South China Sea. The oil rig is owned by the state-owned China National Offshore Oil Corporation (CNOOC) and operated by its subsidiary China Oilfield Services Limited. It was redeployed with Beijing’s approval to drill for another state-owned corporation, China National Petroleum Corporation (CNPC). The rig was deployed 120 nautical miles from Vietnam’s coastline and within Vietnam’s claimed exclusive economic zone. Conflict ensued between Vietnamese and Chinese sea-faring vessels and between citizens of both nations on Vietnamese soil.

On July 15, the oilrig was moved back into Chinese waters. A CNPC Press Release stated that the “petroleum drilling and exploration operation of Zhongjiannan Project was smoothly completed on schedule on July 15th with the oil & gas shows [sic] found”, indicating that the removal was a response to commercial scheduling as opposed to foreign political pressures. The Press Release further stated that the “next phase” of the project will depend on “a comprehensive assessment of hydrocarbon horizons…based on the geological and analytical data collected through the drilling and exploration operation”. Thus, even though the rig has been returned to Chinese waters a month earlier than initially planned, there is high probability that it will be redeployed into disputed territory once more.

The HSYS-981 oil rig incident raises not only legal questions about sovereignty and regional security at international law but also political economy issues regarding the role of state-owned enterprises (SOEs) in foreign jurisdictions. This latter aspect has featured far less in discussions of this incident to date.

As China continues its economic rise, questions over the presumed political motivations — rather than commercial strategies — of its SOEs have arisen in nations receiving Chinese foreign direct investment (FDI). For example, in 2005, China’s attempted acquisition of Unocal in the US was met with ‘fierce political opposition’, resulting in heightened US–China political tensions. In Australia, recent media headlines such as ‘China’s State-Owned Enterprises Obtain FIRB Approval by Stealth’ and ‘Don’t Mix Politics and Deals: FIRB in Warning to State-Owned Investors’ show similar unease.

Moreover, in 2012 the Canadian government revised the Investment Canada Act to explicitly state that ‘investors will be expected to address … in their plans and undertakings, the inherent characteristics of SOEs, specifically that they are susceptible to state influence’. Entities that are ‘owned, controlled or influenced, directly or indirectly by a foreign government’ must also assure the Canadian Minister of Industry that the project is commercial and free from political influence.

As we have demonstrated in our state capital research, Chinese SOEs appear to be pursuing commercial opportunities in foreign jurisdictions in much the same way that Western corporations have done and continue to do. Yet, given that top executives of 53 of the most important Chinese SOEs have ministerial-level status and equal rank to provincial governors, there is clear implication that a controlling shareholder of an SOE has political as well as economic dominance. Accordingly, unease toward SOEs exists not only abroad but also within China where citizens have become concerned about domestic favouritism towards SOEs to the detriment of private entrepreneurship. This is partly because bank loans and preferential lending policies almost exclusively favour central SOEs.

China signalled a lessening of state involvement last November when it declared the implementation of ‘market-orientated SOE reforms’ in its Third Plenum. Yet the HSYS-981 incident has challenged this rhetoric. The incident has reinvigorated questions about China’s use of SOEs to further its political strategy and to gain territorial advantages.

On the one hand, the actions of CNOOC and CNPC may well come within the ambit of legitimate pursuit of commercial goals in a natural resource-rich zone. Traditionally, SOEs tend to focus on areas of national priority: natural resources, utilities, telecommunication services and defence.

Yet undoubtedly the move was also a politically strategic assertion of China’s territorial claims. Following the initial deployment of HSYS-981, the South China Morning Post reported that Chinese SOEs had been told to temporarily freeze any plans for new business in Vietnam. Contrary to past promises, this is evidence of China using SOEs as political chess pieces rather than free market operators. Michel Henry Bouchet, of the Skema Business School in France, believes that China has risked drawing regional and international condemnation in order to test ASEAN and Western reactions regarding China’s geopolitical ambitions. To this extent, China’s ‘provocative behaviour’ challenges not only Vietnam but also ASEAN and Western geopolitical stakes.

Nonetheless, if China is aiming to provoke its regional neighbours, it has not yet successfully engaged Australia’s ire. Although Malcolm Turnbull, Minister for Communications, has commented that China’s current foreign policy is ‘genuinely counterproductive’ by pushing Asian countries closer to the US, the Australian Department of Foreign Affairs has issued cautiously worded media releases on the incident. While expressing ‘serious concern’, the Australian government has made clear that ‘Australia does not take a position on competing claims in the South China Sea, but has a legitimate interest in the maintenance of peace and stability, respect for international law, unimpeded trade and freedom of navigation’. Despite some US pressure for Australia to become more involved, it is unlikely that Australia will purposefully aggravate its most lucrative two-way trading partner.

Australia is currently pursuing bilateral trade agreements within the Asia Pacific region, including Japan, South Korea and China. Juggling these relationships is proving more difficult since the CNOOC incident. The recent visit to Australia by Japan’s Prime Minister Shinzo Abe is believed to be a message to China to not allow its territorial disputes to threaten the economic rise of the region as a whole. To this end, Prime Minister Abbott has attempted to reassure China that strengthening Australia’s ties with Japan are not intended to aggravate it. But this may not convince Beijing. An article in Xinhua, a Chinese state-run media outlet, has since described Prime Minister Abbott as ‘appalling and insensible’ after alleging that he praised Japan’s war time aggression.

Whether the latest action by China’s largest SOEs is commercially or politically driven, it has undoubtedly exacerbated regional economic and political tensions — threatening more than just diplomatic relations between Vietnam and China.

A version of this opinion piece was first published on the Australian National University's East Asia Forum on 24 July 2014 at http://www.eastasiaforum.org/

The authors thank CLMR intern, Ms. Stephanie Cardy, for her research assistance in producing this article. We also acknowledge the financial support of the Centre for International Finance and Regulation (for project Enter the Dragon: Foreign Direct Investment and Capital Markets, E002), which is funded by the Commonwealth of Australia and NSW State Government and other consortium members (see www.cifr.edu.au).