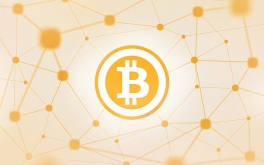 The Australian anti-money laundering regulator has thrown a potential lifeline to the country's bitcoin industry, making it clear that the AML/counter-terrorism laws do not obligate banks to close their accounts. AUSTRAC has been careful not to take sides in the debate between banks and bitcoin exchanges but clarified that the AML/CTF regime does not support the "de-banking" of entire industry sectors.

Paul Jevtovic, chief executive of AUSTRAC, said disruptive forms of technology such as bitcoin were essential for local businesses to keep pace with international developments. The AML regulator does not support the wholesale closure of accounts in high-risk sectors such as remittance providers and bitcoin exchanges.

"Australia's AML/CTF Act does not impose requirements on a reporting entity to close accounts or terminate a business relationship, although we understand this may be an example of a risk control considered by a business," Jevtovic said in a statement.

Jevtovic said banks were required to develop risk-based systems and controls tailored to the nature, size and complexity of their business. These had to be proportionate to the level of money laundering and terrorism financing risk associated with their customers.

Jevtovic's comments have thrown into doubt the views expressed in banking circles this week, which indicated that some financial institutions had been forced to close bitcoin-linked accounts in response to regulatory pressures.

Westpac Banking Group said the closures were related to meeting "compliance and assurance requirements" but declined to specify whether those related to the bank's AML/CTF compliance program. Under the "tipping off" provisions in the AML/CTF Act, reporting entities such as banks are unable to discuss any suspicions they may have formed about their customers.

Banking sources said that bitcoin exchanges had been triggering high levels of red flags in the banks' AML systems and controls and this had prompted the crackdown. They said this had also triggered the so-called "de-banking" of large numbers of clients in the remittance and payday lending sectors.

Banks and other reporting entities use sophisticated transaction monitoring software to analyse customer activities and flag any potentially suspicious transactions. Some banks have internal policies whereby any customer who triggers more than three suspicious matter reports to AUSTRAC must undergo a compliance review. In practice, this usually leads to an account closure.

In many cases where customers are assessed as high risk, banks deem the cost of conducting enhanced due diligence on those customers to be too high and simply close the accounts. This does not necessarily mean that the transactions are suspicious, or that money laundering has occurred, or that a suspicion has been formed and reported to AUSTRAC. It may mean that the cost of scrutinising those accounts makes that line of business unprofitable.

In addition, banks are highly sensitive to the reputational damage that accompanies being implicated in a money laundering or terrorist financing incident. In 2013, for instance, Westpac hit the headlines when it emerged that a $6 billion money laundering operation was moving funds through three Westpac accounts.

News outlets in Australia reported that Westpac had been "caught up in [the world's] biggest ever money laundering scheme" following the U.S. Department of Justice's crackdown on the Liberty Reserve virtual currency, which operated from Costa Rica.

Sources said this case had been instrumental in making Westpac and the other major Australian banks highly risk-averse when it came to virtual currencies. Westpac was not accused of any wrongdoing but the case demonstrated the potential reputational fallout associated with providing banking services for digital currency providers.

The latest round of account closures have delivered a potentially fatal blow to at least 17 Australian bitcoin exchanges. If the exchanges are unable to move their accounts elsewhere they may be forced to close or move abroad, according to a spokesman for the Australian Digital Currency Commerce Association (ADCCA). This type of "de-banking" has already decimated the Australian remittance sector and is posing huge headaches for payday lenders.

Under the AML regime it is up to individual reporting entities to make their own risk-based decisions on how best to identify, mitigate and manage AML/CTF risks. While this may involve account closures in some high-risk cases, the regulator has expressed concerns about the possible "de-banking" of remitters and bitcoin exchanges on AML/CTF grounds.

Wholesale account closures create problems for AML regulators as they lose visibility over those "de-banked" sectors and they no longer receive intelligence through SMRs and other transaction reports. In the case of cryptocurrencies and remittances, AUSTRAC is concerned that the industries may move underground or use the internet to base their operations offshore.

Compliance sources said the AML/CTF regime was becoming a convenient scapegoat for bank account closures due to unrelated compliance concerns, such as the risks associated with sanctions breaches or pressure from U.S.-based correspondent banks. In many cases, the account closures are purely commercial decisions, not AML/CTF matters. This is the case in the payday lending sector, which poses very little risk of money laundering due to the regulatory caps on loan sizes.

Sources said this was a worrying trend as it could cause the public and businesses to turn against the AML/CTF regime on the basis that it was forcing the closure of large numbers of small businesses.

The Australian Competition and Consumer Commission (ACCC) has also been urged to explore potential anti-competitive aspects of the latest wave of account closures. Insiders said this was a "red herring", however, as the banks had no intention of competing directly with the bitcoin exchanges. The banks are primarily interested in the broader potential of the "blockchain" technology, which acts a decentralised payments register, not in bitcoin per se.

"It's not about the banks wanting to compete with these bitcoin exchanges. That's just a furphy," a compliance source said. "This all comes back to reputational risk, compliance costs and concerns about pressure from U.S.-based correspondent banks."

Under the risk-based regime, AUSTRAC does not dictate to reporting entities what these systems and controls should look like, however. "Banks and other reporting entities are best placed to asses and manage the risk posed by customers and the products and services they offer," Jevtovic said.

"We recognise that supporting these new ways of working [is] an economic imperative for Australian businesses, particularly if we are to keep pace internationally. Yet, we must also be conscious, as we embrace these changes, to protect our financial sector and protect the integrity of Australia's AML/CTF regime," he said.

AUSTRAC has no direct regulatory control over the bitcoin sector. The AUSTRAC chief said the Senate Economics Reference Committee's report on digital currency had highlighted the opportunities that these new forms of technology and payment methods were providing for Australian businesses.

The Statutory Review of the AML/CTF Act is also considering whether it might be appropriate to expand the scope of the regime to cover other services, including digital currencies such as bitcoin.

One AML consultant said this could be achieved by expanding the definition of e-currency in the AML/CTF Rules to capture cryptocurrencies such as bitcoin.

A spokesman for ADCCA said the industry welcomed AUSTRAC's clarification that the AML/CTF regime does not require banks to conduct wholesale closures of bitcoin-linked accounts.

"AUSTRAC's comments support our view that the banks need to offer a comprehensive explanation of the de-banking measures and not hide behind the AML/CTF regime. The banks' excuses on AML/CTF grounds do not appear to hold water given the comments from the AUSTRAC chief executive," the spokesman said.

The spokesman warned that the viability of the emerging cryptocurrency industry in Australia was now at risk due to "opaque and unexplained behaviour" from the major banks.

"AUSTRAC recognises that innovation is necessary in all aspects of the Australian economy, including in the financial services sector. Australia cannot afford to fall behind other nations in innovating in this area," he said.

Bitcoin startup CoinJar recently moved to London following concerns about the tax and regulatory treatment of cryptocurrencies in Australia. ADCCA said the bank account closures, if they proceeded, could make the bitcoin industry in Australia disappear completely.